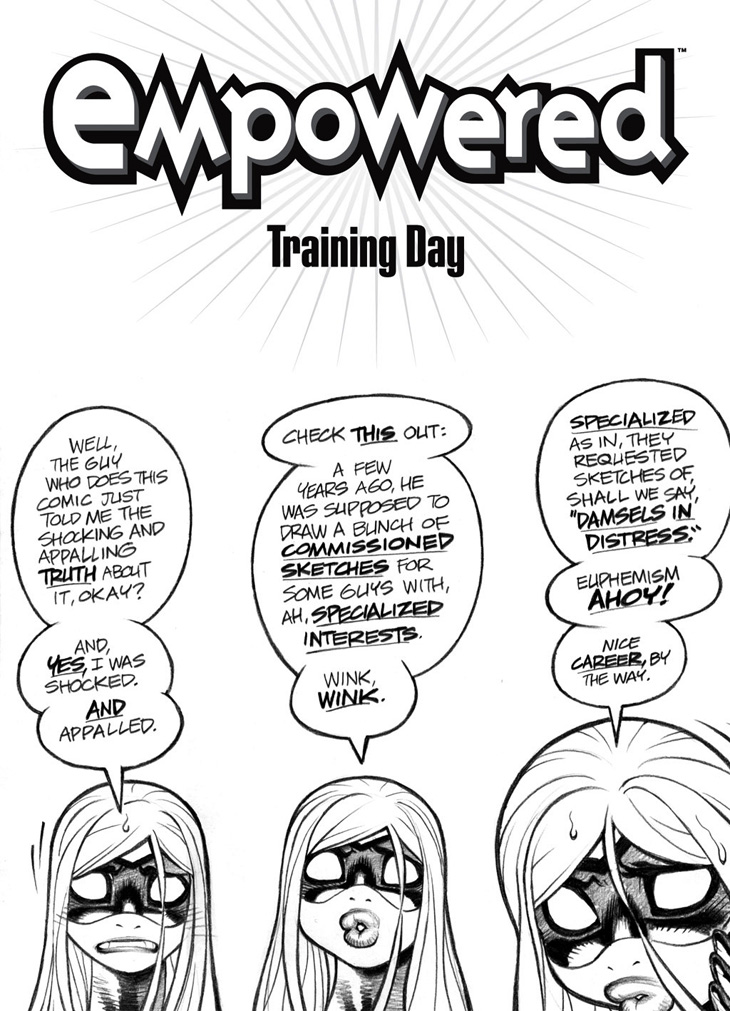 Starting with this title-page illo, fourth-wall-breaking “Metatextual Emp” commences informing the reader all about her character’s dubious origins. What she says is indeed true: Empowered was created at a time when my (ahem) “career” in print comics was stalling out, and my opportunities for snagging freelance work from major publishers had largely dried out—and, I should admit, have remained essentially dried out ever since. In my line of work, you don’t get an email letting you know that your career is dead; you have to figure that for yourself, when you belatedly notice that you’ve stopped hearing from editors.

Anyhoo, at the time I was indeed doing plenty of con sketches and commissions of the “damsel in distress” variety, usually involving tied-up superheroines. Technically, at least, this is fetish work, but I found that garden-variety damsel in distress (a.k.a. “DiD”) imagery was about as mild and innocuous a fetish as one could encounter. (Like most if not all comics artists, I’ve received requests for dramatically more disturbing and problematic material.) Plus, well, I’d occasionally shown Kei and Yuri in distressing situations in Dirty Pair, so this wasn’t an entirely unprecedented subject for my artwork. However, I soon tired of drawing pin-ups and sketches along these lines, as “Meta Emp” will discuss shortly, which would eventually lead to her creation. (More on this topic next week, folks.)