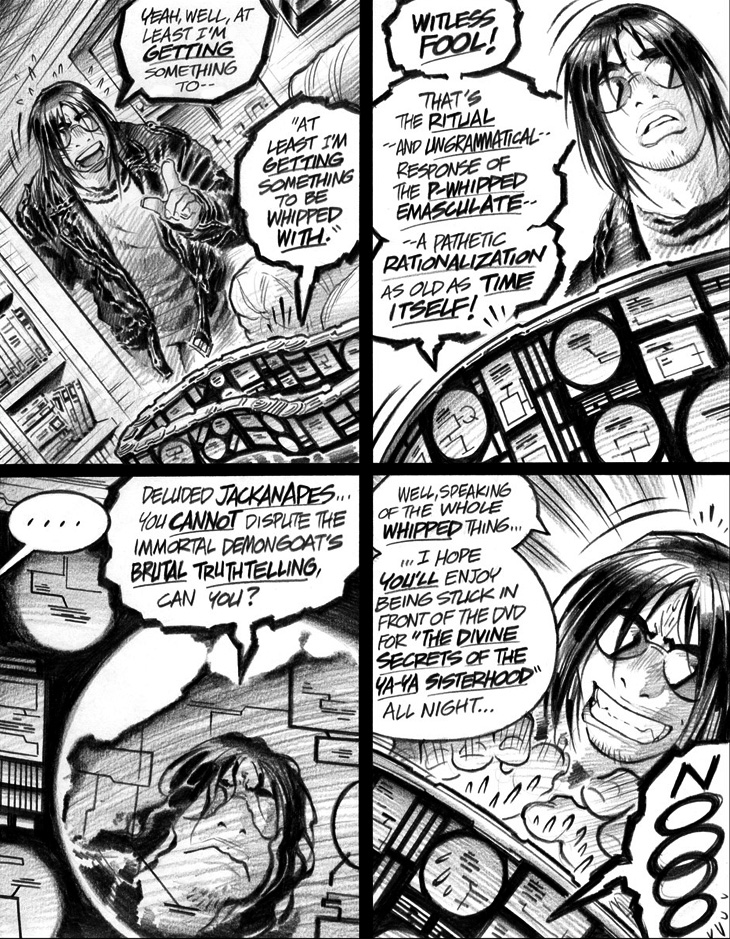 Odd that I never again used panel 3’s interesting image of a character’s warped reflection visible in the side of the Demonwolf’s alien cage. Sometime after this, I decided that the bondage xenogear’s lights and displays were glowing brightly enough to make such reflections impossible; that’s rather a pity, as this would be a fine way to add some visual indication of whichever hapless soul that The Sinister Scourge of the Spaceways is berating.

Not sure that panel 4’s reference to The Divine Secrets of the Ya-Ya Sisterhood as a so-called “chick flick” ne plus ultra is one that’s held up all that well over the last decade. Alas, I am loath to go back and “spruce up” such aging pop-culture references, as I’d never stop tinkering with these old stories if I dared to open up such an artistically revisionistic Pandora’s box.

As I mentioned earlier, the original version of this brief story was an even briefer single-page story, which was a bit of a high-panel-count trainwreck. In fact, I’ll try attaching the first draft in this very commentary, so you can witness the 8-panel pile-up for yourselves. Here goes! 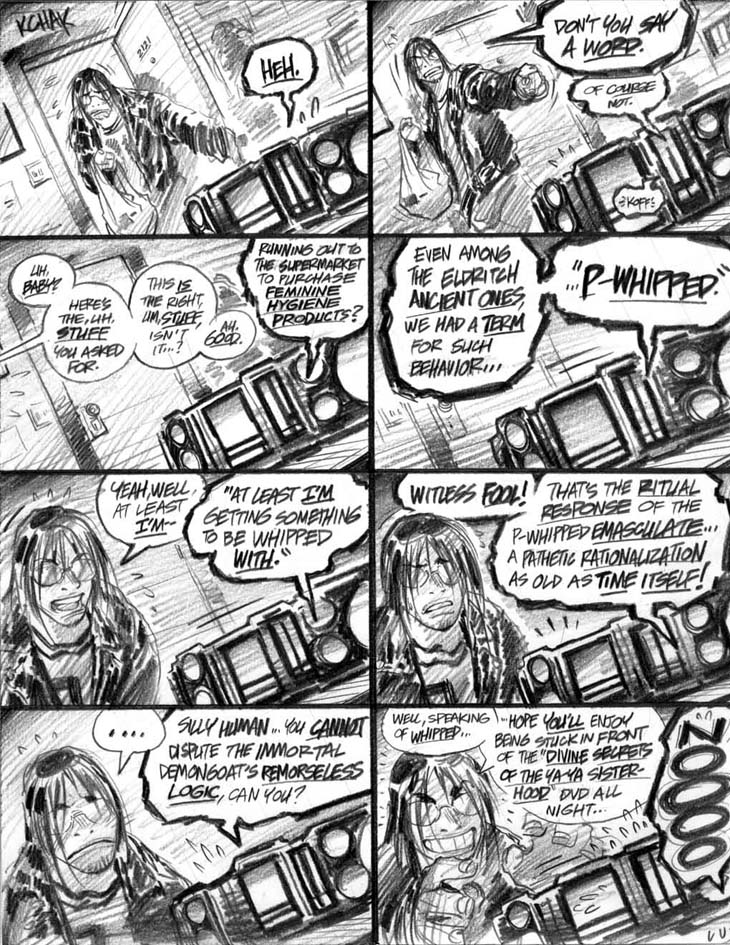