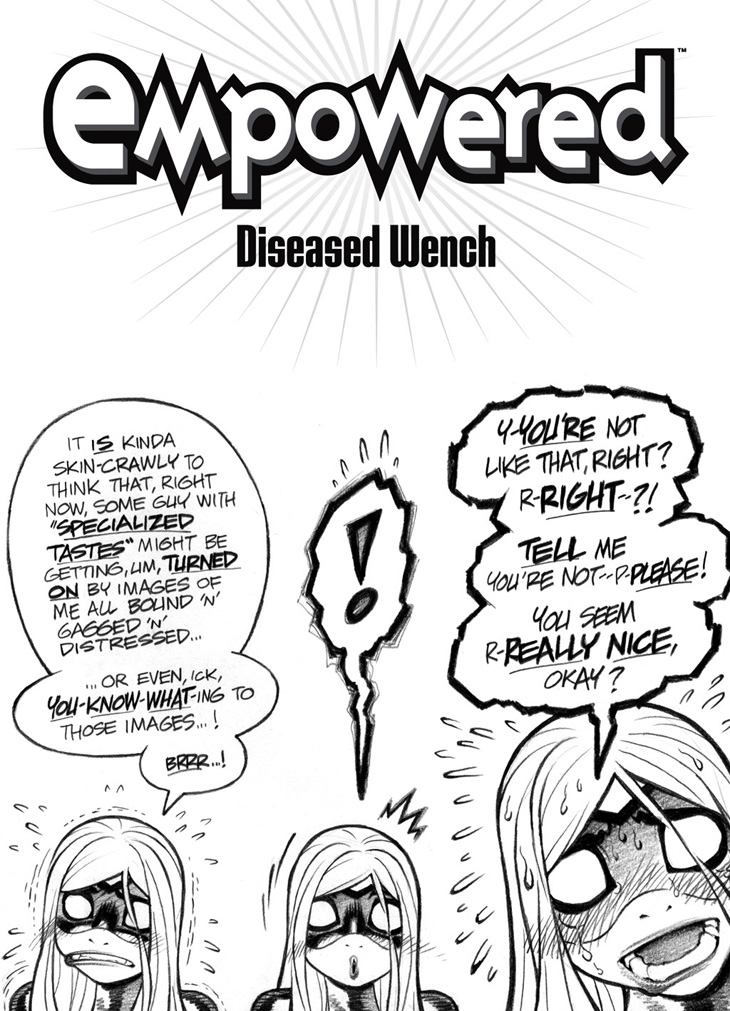 Ah, the metatextual content of these chapter-title pages rather abruptly takes a dark turn, doesn’t it? Still, I thought this would be an amusing issue for our beleaguered protagonist to confront. She is, after all, descended from a series of mildly fetishistic “damsel in distress” commissioned sketches, at least several of which one strongly suspects might have been appreciated in a salacious and insalubrious manner. (Gasp!) Maybe so, maybe not; let’s just say that I rarely bother to contemplate the, ah, after-market usages of my work.

Then again, as later stories will show, Emp herself is quite the highly enthusiastic aficionado of male-on-male “slash” fanfiction and yaoi dÅjinshi, so perhaps she could act a tad less high and mighty about this topic, huh?