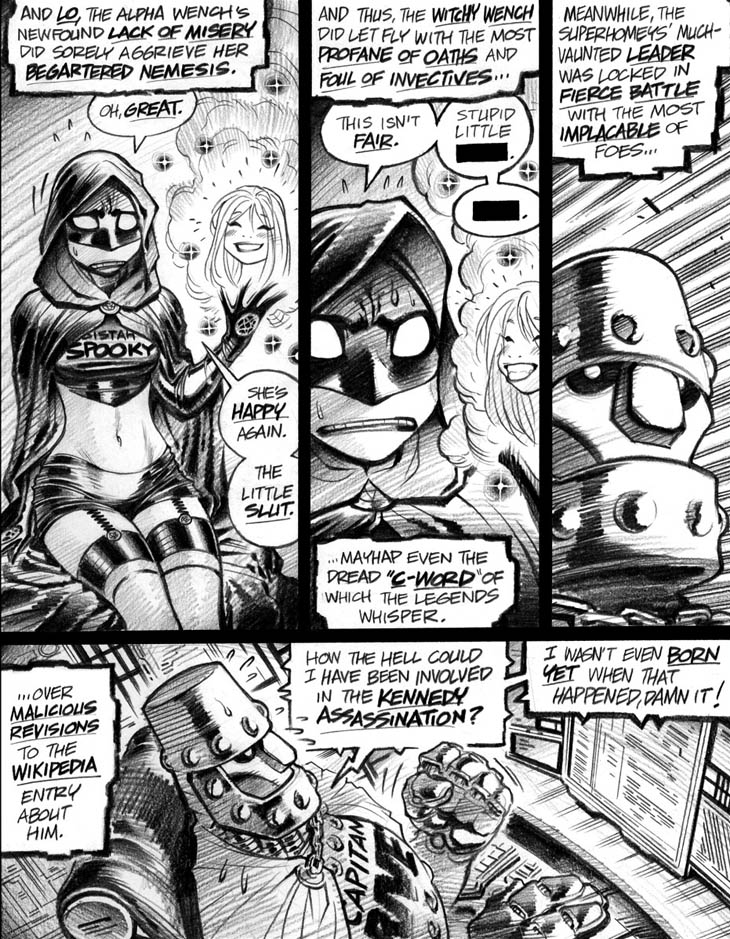 Panel 1: Spooky’s weird little magical “viewing cloud” was a one-off riff that I never—or “ne’er,” as the Caged Demonwolf would put it—bothered to revisit, as it was just a lazily tossed-off visual cue to convey Spooky effectively crystal-ball-gazing in on Emp. In fact, I steered away from the idea of this specific power set to a degree, regardless of how it was depicted on the comic page. Later on in the series we’ll see that Spooky can indeed utilize an ill-defined “divination spell,” which I suppose is vaguely similar—but the idea of Spooky being able to monitor emotional states from afar seemed a bit of a stretch. (For the benefit of long-term Empowered readers, that sort of thing would be more appropriate to Mindf**k’s skill set.)

Panel 4: Capitan Rivet’s line about not having been “born yet” is vaguely intriguing, given that we still know almost nothing of his origin 2000-odd pages further into the series. Well, rest assured that we will learn a fair deal more about El Capitan in Empowered volumes 10 and 11, in which he assumes a rather important role. Huzzah!