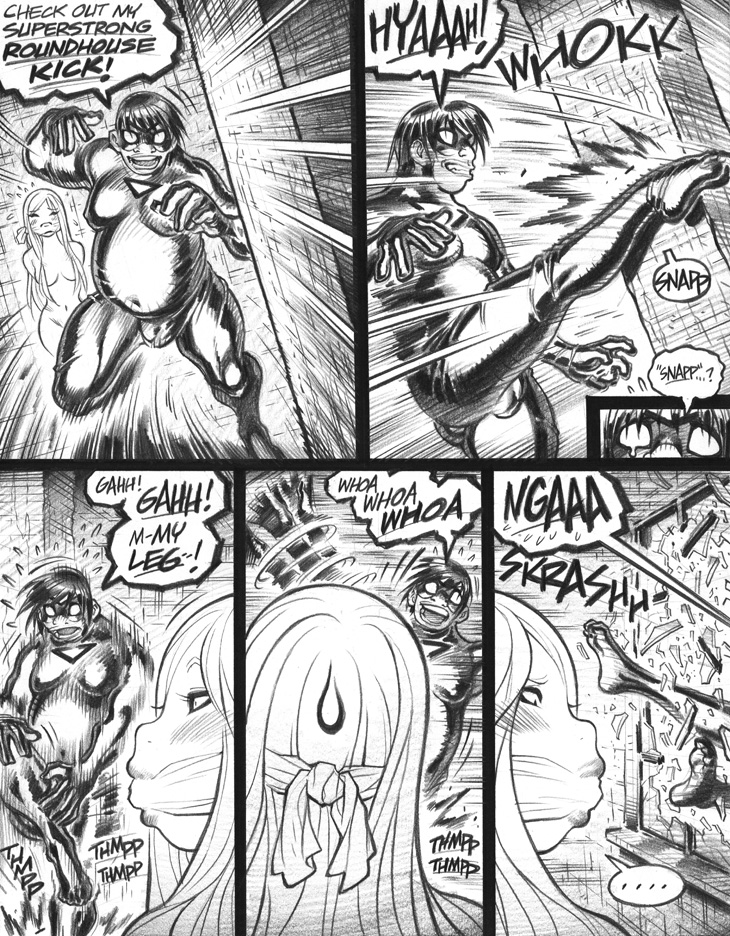 I’m highly amused by the panoramic layout flow of panels 3 through 5, a narrative approach I’ve never quite revisited, as far as I can recall. Note that this is also an early appearance of the artistic trick that I call “the profile cheat,” in which I use a technically inaccurate side view of a character’s face as they react to something in the background, rather than a more strictly “realistic" view that would not, in fact, show their face or their expression. Whenever possible, my preference is to show a character’s face and allow for “acting” on their part, to the point that I only rarely show the back of a character’s head unless I’m forced to do so (which was the case in panel 4, here). I’m convinced that my art style is just cartoony enough to make the profile cheat work—with a more realistic art style, I think, it would be more obvious that the character isn’t quite facing in the right direction. Your Milage May Vary on this point, of course—but you’ll take my beloved profile cheat away when you pry it from my cold, dead fingers.