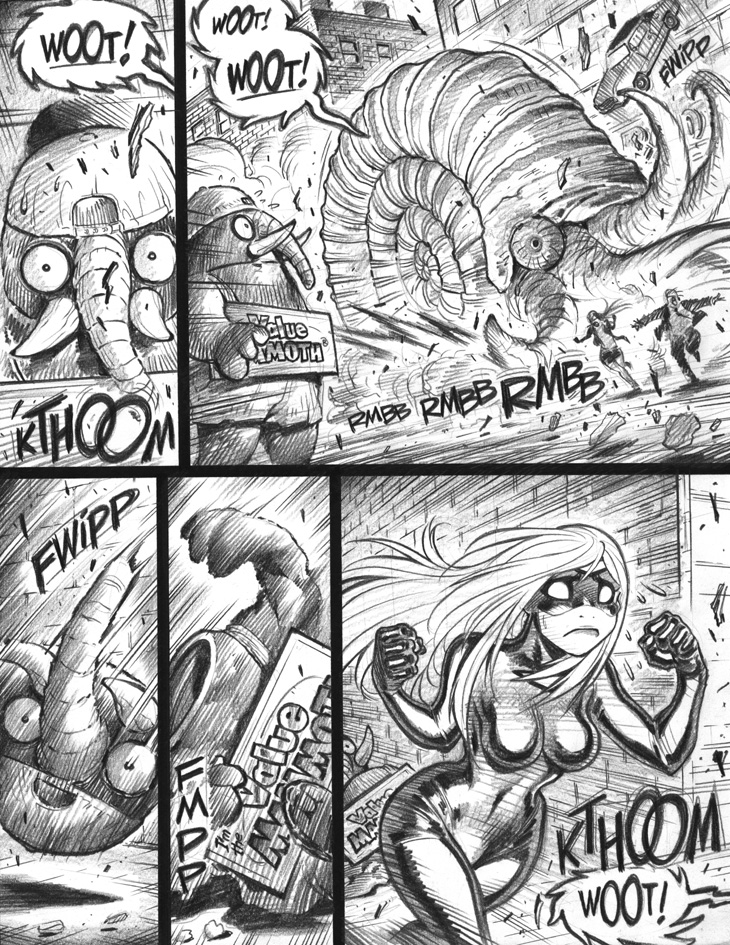 In panels 1 and 2, thrill to an early appearance of the concept of goofily constructed word balloons, a lettering trope that will recur quite often indeed throughout Empowered. (For example, an upcoming character will speak with word balloons shaped like cinder blocks.) Also, thrill to a rare appearance in panel 2 by the hapless, screaming civilians who inhabit Emp’s unnamed and disaster-plagued city. Early on in this developing series, back when Empowered was just a string of tossed-off short stories, I really didn’t bother to depict much in the way of urban crowd scenes, as I didn’t view this as “a real comic” that would require such time-consuming and tedious labor. (Gotta admit, I do rather miss those carefree and lackadaisical early days of Empowered nowadays.)