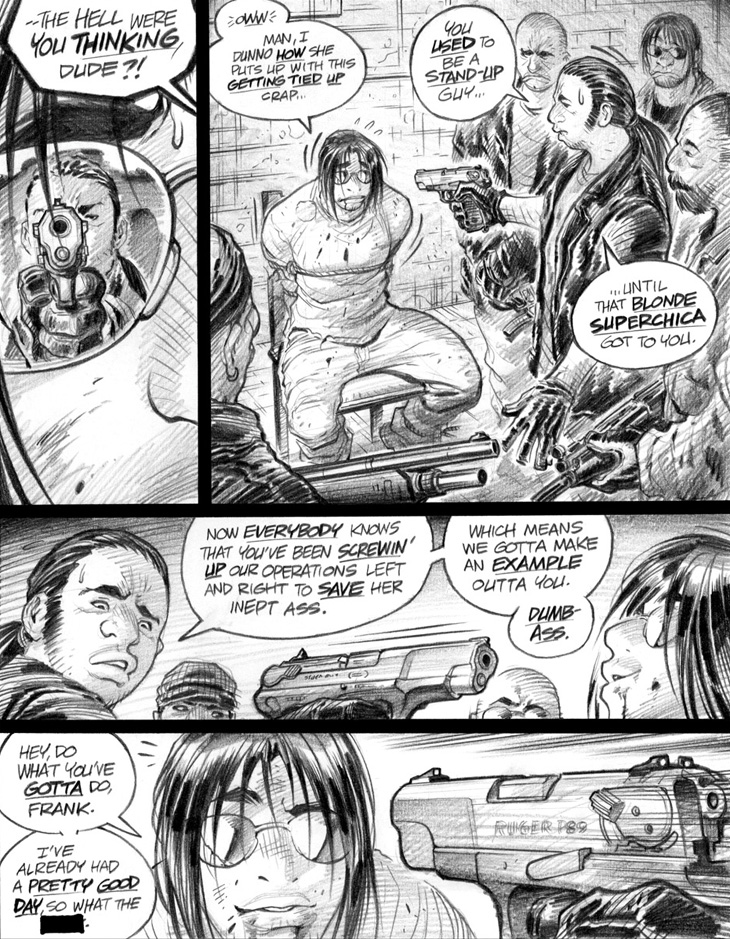 In panel 2, behold an early Empowered use of the word “superchica,” an term that will be repeated hundreds of times hereafter. For the record, I picked up this term a few months before the imminent publication of Empowered vol.1, when a (slightly desperate) round of Googling the freshly announced project’s title netted me a peek at a Spanish-language comics website mentioning it. Somewhere in the Google text preview for the site I spotted the word “superchica,” a neologism I had not previously seen, and with which I was instantaneously infatuated. Might be the case that “superchica” sees even more usage in the context of the Empverse than the English-language “superheroine.”  (I should note that I’m favorably impressed with the recently encountered French equivalent, “super-héroïne,” possibly due to the je ne sais quoi of that Gallic tréma accent mark over the i in “héroïne.”)