The “timeslip” inherent to a long-running series theoretically taking place in the ever-shifting present day has definitely not proved to be my friend with this song choice. Ten years ago, seems marginally more probable that Emp and Ninjette would’ve known who the hell “N.K.O.T.B.” were; nowadays, rather less so. For the record, I got the idea from hearing my nephew’s wife reference this very song a decade ago, and immediately seized upon the idea of using it here. (The rationale being, “Hey, at least one twentysomething in the world remembers this song! Roll with it!”)

Note that, in the original version of this page, the ladies were singing a different song, which would’ve required legal clearance to use the lyrics, so to hell with that: 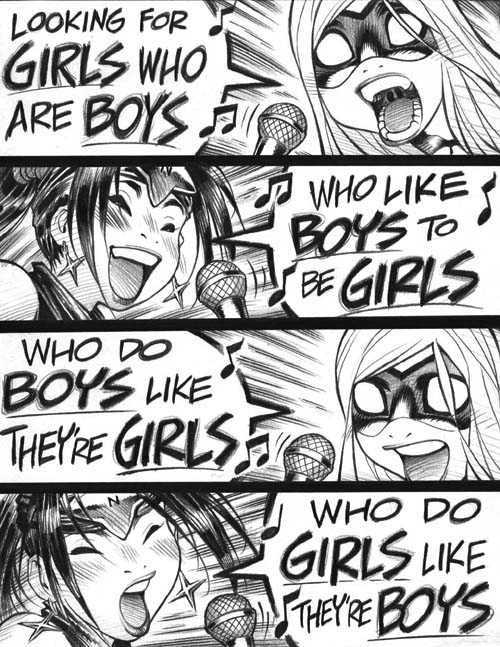 Note also that the original version—Blur’s “Girls and Boys”—is a much higher-quality song than the one I wound up using, but is arguably not quite as funny. Note further that I may have screwed up the song's lyrics in the version above, but don’t really care.