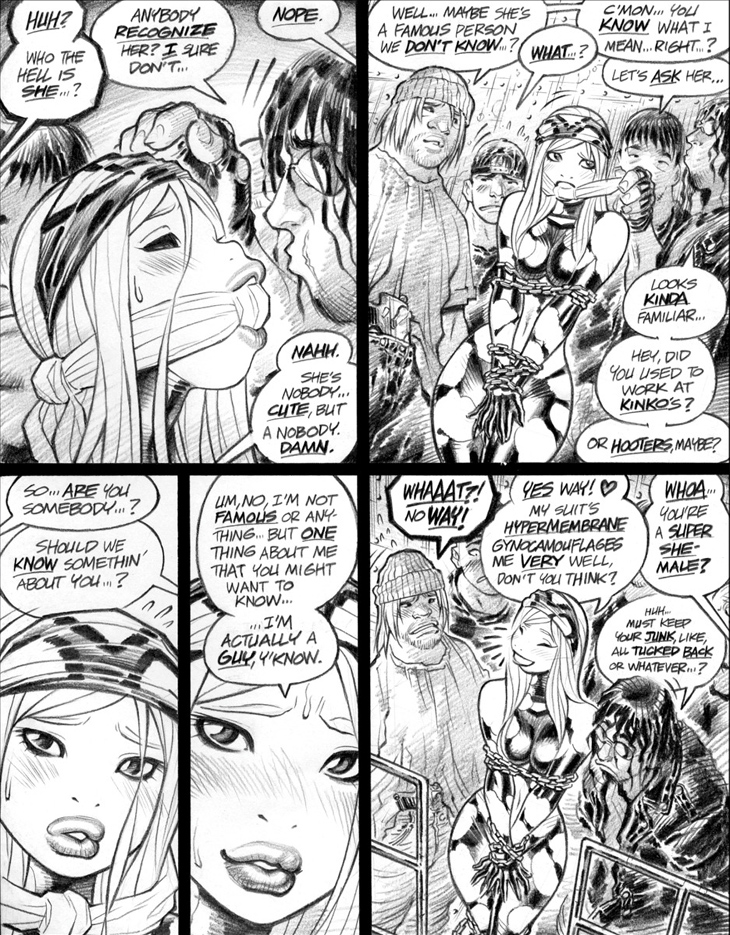 This page introduces another concept which will recur frequently throughout the series: that Emp, given her wildly unreliable superpowers, must often rely on guile and deception to outwit and outmaneuver the bad guys. (In fact, the most recent Empowered installment, vol. 9, is one very long and complicated riff on this concept.) Then again, as the super villains and thugs of Empowered tend to be a nontrivially clueless lot, Emp isn’t exactly playing against the varsity when she out-thinks many—if not most—of these dullards.

Panel 5: “You’re a super she-male?” Well, let’s just say that 2005 was a rather less enlightened era re: trans issues. (Then again, “Empverse” goons are not always the most unerringly progressive of demographics—though the idea of brawny thugs rattling off tumblr-approved nomenclature could be an amusing riff.)

Just for the record, as I’ve been asked about this a few times: The leather-jacketed fella at lower right is not, repeat not Emp’s future lover Thugboy, despite a superficial resemblance. Why, look, his hair’s all wavy, his nose is different, and his beard’s fuller! (He is still a similarly leather-jacketed thug, nonetheless, so the confusion is understandable.)