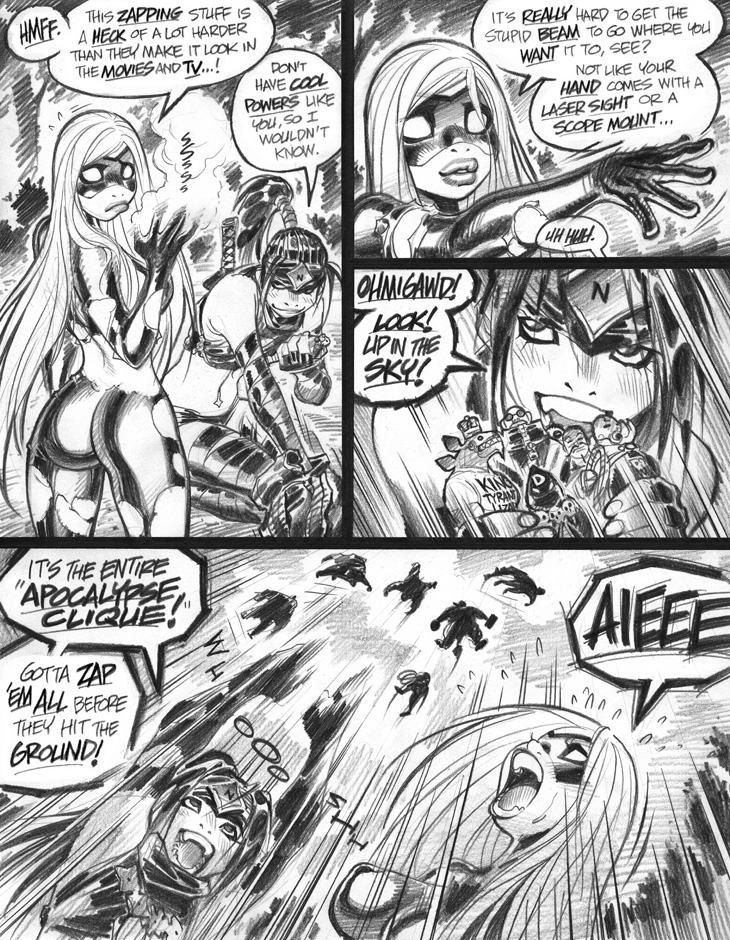 Panels 1 and 2: Odd that I’ve never revisited this complaint of Emp’s, given that I really do think that zap-happy superheroes would almost certainly be wildly inaccurate in their superpowered “point shooting.” (For the uninitiated, “point shooting” refers to the speedy but easily bungled practice of aiming and firing a gun without the use of its sights. Needless to say, this is a perennially controversial topic in gun-nut circles.) Her boyfriend’s status as a notable, ah, “firearm enthusiast” could make for an interesting story, as he very likely would  inculcate her in gun-based tactics that could be applied to superheroic zapping—or “VORPPing,” to use the trademark sound FX of Emp’s powers.

Panels 3 and 4: Alas, of all the members of the supervillainous superteam “The Apocalypse Clique” glimpsed here, so far only King Tyrant Lizard has reappeared later on in the series. I did draw up a more finished set of character designs for the team last year, but weren’t quite able to squeeze ’em into the bad-guy-packed Villainpalooza that was Empowered vol. 9. Oh, well.