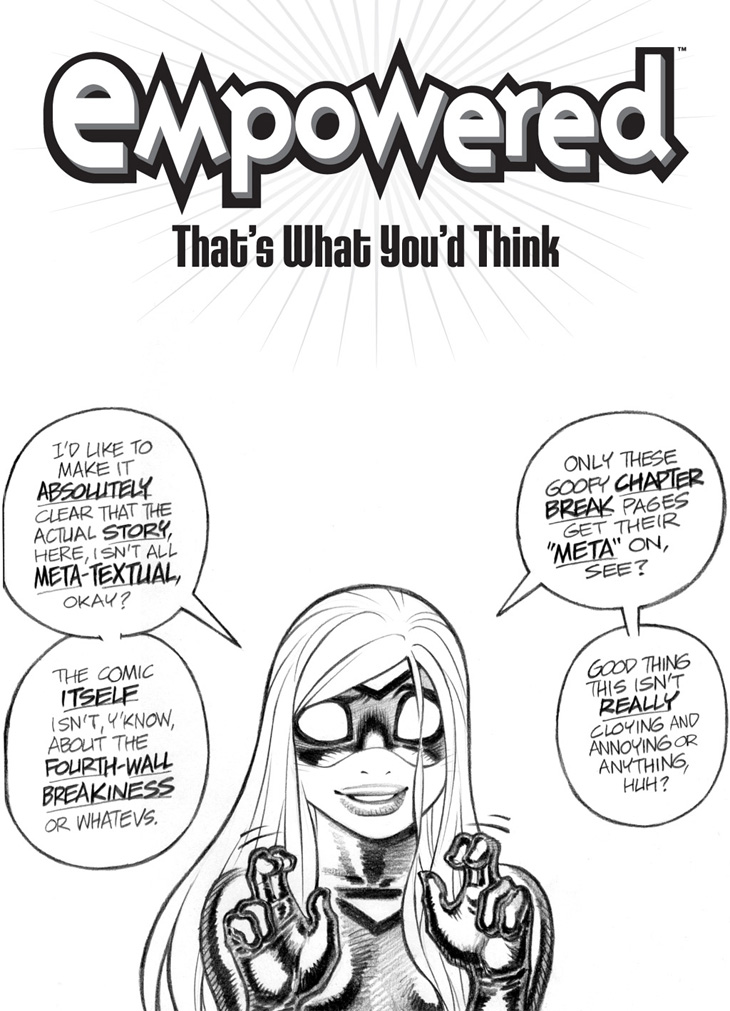 The fourth-wall-breaking of “metatextual Emp,” as seen here, really does have its fans. (The most recent volumes of Empowered have offered few such opportunities, I’m afraid, as the longer stories of the last few installments cut way the hell back on the number of title pages.) Some readers have gone so far as to ask about the possibility of an Empowered one-shot or story that would be consist of nothing but “meta Emp" directly addressing the reader. I’m a tad leery of the idea, though, as I’m presently super-duper-ultra-paranoid about the very real risk of “overdialoguing,” an occasional flaw of my writing that I dare not indulge.

Plus, gotta love the image of Emp making quotation marks with her fingers, a gesture which amuses me to no end. (Note that I say the same thing about many different recurring elements in Empowered, not all of which are equally appreciated by my readership.)