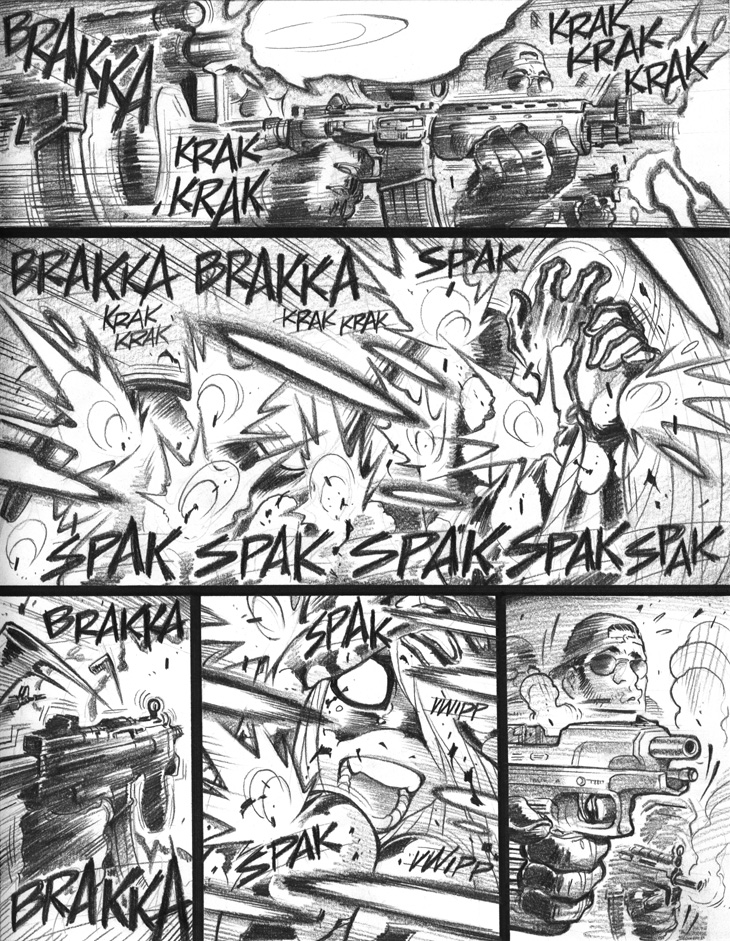 Not much to say about this page other than, well: Guns! Guns ahoy! Despite the fact that I’ve drawn countless firearms during my long and semi-illustrious career, gotta say that I don’t particularly like drawing ‘em, as they’re surprisingly challenging at times—and the hands gripping ‘em, even more so.

Panel 5: Gun aficionados—gun nuts sounds quite frankly pejorative, doesn’t it?—will notice the first appearance of many for the fairly obscure Ruger model P89 9mm semiautomatic, which recurs quite often throughout the series as Thugboy’s pistol of choice. I’m honestly not sure that a practical lad such as he would opt for this particular handgun over a Glock or M1911A1, but can give a hint why it appears here: The P89 is easily referenced, if you catch my drift.

For webcomics readers new to Empowered: The aforementioned Thugboy—Emp’s future boyfriend—will, I assure you, make an appearance fairly soon. No, really!