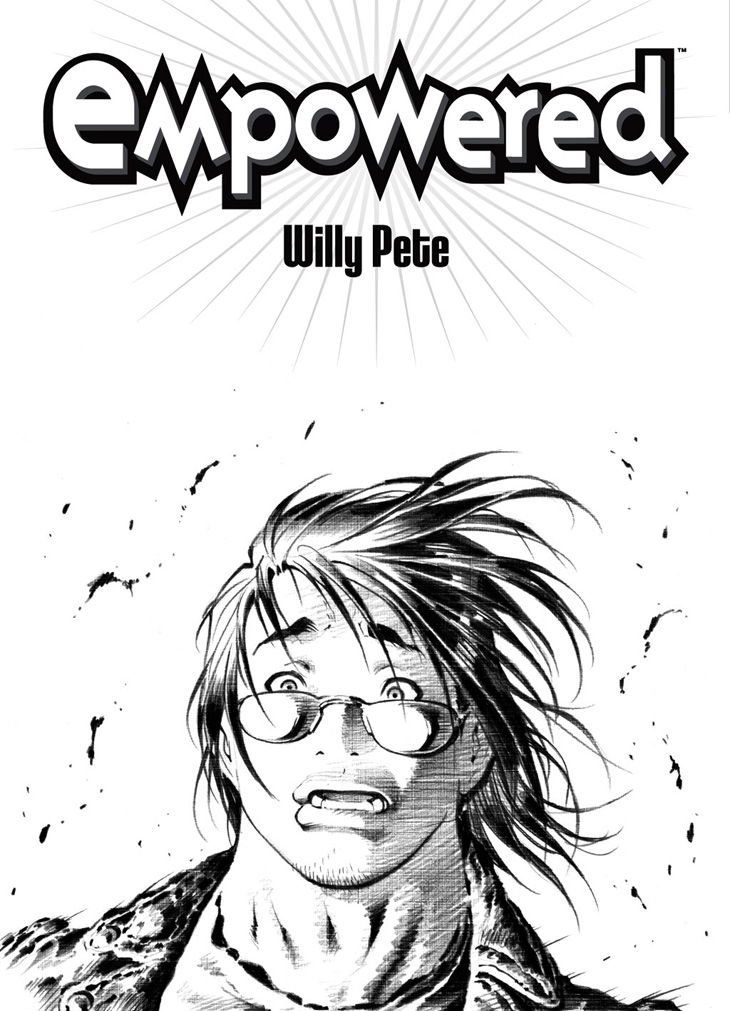 New readers, brace yo’selves for Empowered to begin taking its first dainty little steps into rather darker and disturbing narrative territory, as this story provides some clarification on this Thugboy line from the previous story: “We wound up picking the wrong f**king supervillain to rip off.” And how, as you’ll soon see! (I wasn’t kidding about the off-repeated tagline, “A sexy superhero comedy, except when it isn’t.”)

I’m ocasionally tweeted at by readers who decry any mention of the series’ tonally mixed content with some variation on this line: “Empowered was supposed to be a comedy!” Ignoring the entitlement issues inherent to readers telling creators what their stories are allowed to be, I would have long ago pulled the plug on this series if it could only be a comedy. I certainly wouldn’t have invested most of the previous decade of my life in this project if were limited to depicting naught but wacky jokes and whimsically ribald japery.

That being said, this story’s turn to the nightmarish—or “grimderp,” to quote one such Twitter critic—isn’t the real reason that Empowered continued beyond these early stories. No, the true lifeblood of the continuing series doesn’t appear until late in vol. 2, when the book’s concluding story veers into an intense and emotionally charged anecdote from Emp’s childhood. That moment is, in fact, the main reason that the series continued, because it truly showed me that the premise of Empowered was flexible enough to allow me to explore more fulfilling narrative directions than humor and humor alone. As a writer, emotional intensity and resonance is vastly more important to me than mere “grimdarkness” as such.

Then again, I assume that Twitter Critic never read any of my previous comics work, as no long-term project I’ve ever worked on has been locked down to a “comedy-only” format. Dirty Pair, Gen13, Titans: Scissors, Paper Stone, Livewires, even Bubblegum Crisis: Grand Mal—all of ’em, sooner or later, strayed into more tonally complex narrative approaches. That’s just, well, “how I do,” folks.