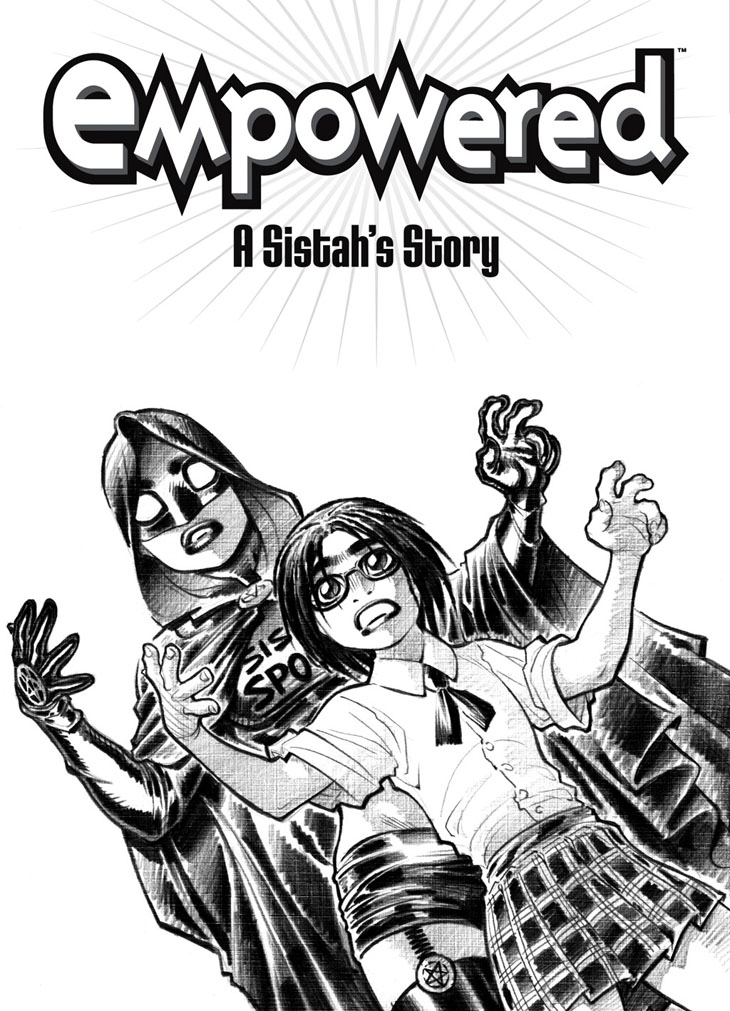 Jeez, I’d forgotten the strength of the story line-up from the back end of Empowered vol. 1, after the fun but admittedly rather slight blip of “Blimey!” After exploring Thugboy’s troubled history in “Witless Minions” and “Willy Pete,” with this story we move on to figuring out what the hell—pun unintended!—Sistah Spooky’s deal happens to be. And that really is how “A Sistah’s Story” came about, too, as I found myself wondering, “Hey, what might explain Spooky’s relentless antipathy towards poor, long-suffering Emp?”

Once again, the organic and freewheeling nature of Empowered’s growth and evolution shines through, here, as this modest little bit of speculation about one superheroine’s origin would set up far more ambitious plotlines down the road. Though I had no idea at the time, this story is the first link in a long-developing narrative chain that would eventually lead to the series’ most wrenching and emotionally devastating—and, for me, satisfying—moments. Not bad, for a character who was initially intended as little more than a hostile, one-note “Queen Bee” archetype cruelly mistreating our hapless heroine. At times, “Spookums” from the later volumes becomes one of my favorite characters in the series, and even becomes one that I identify with surprisingly strongly on at least one point, despite the otherwise considerable differences between us. (As I mentioned earlier, her later ambivalence towards her all-important, life-consuming career reflects—unconsciously, I gotta say—my personal ambivalence towards the job that has largely consumed my own life.)

As the “hover text” on the page art above notes, this title-page illo holds up really well in my jaundiced, decade-later-on eyes. I’m not really sure why I got away from such strong, simple chapter-break images; most of the modern-era title pages I draw are crowded, character-heavy montages that seem to be straight out of a Capcom Street Fighter cover. I’ll have to try something along these appealingly clear lines in Empowered vol. 10…