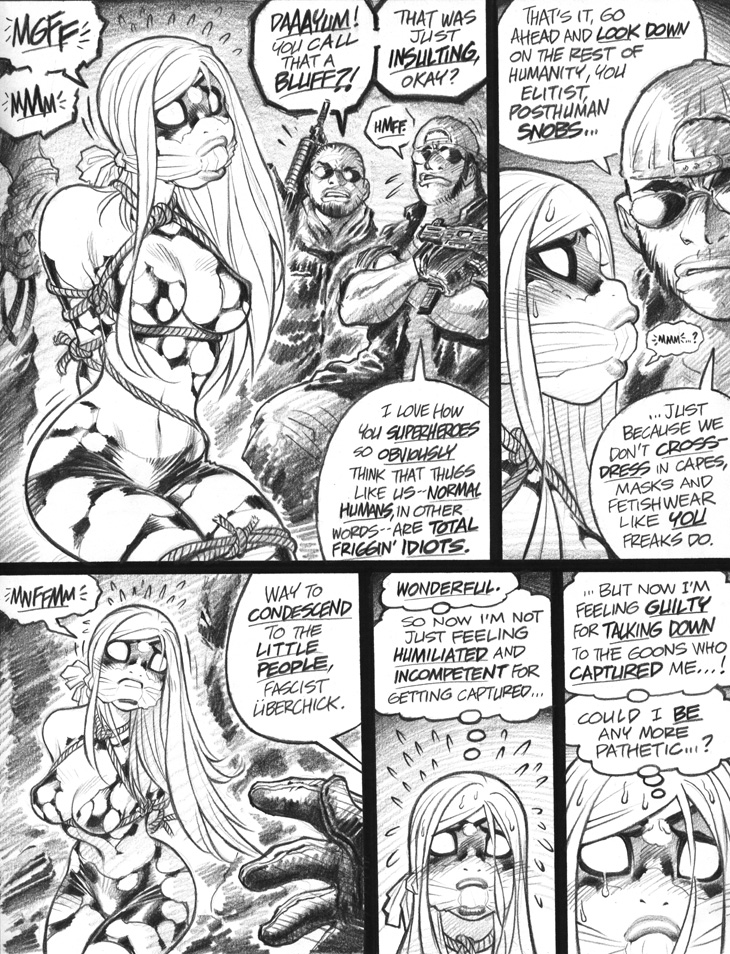 For some of the Empowered pages in this webcomic serialization, I've gone back to my original scans for the artwork, which have a slightly better range of grayscale values than the published versions. Dark Horse production has had to do all sorts of manipulation and tweaking in Photoshop to make the penciled artwork reproduce decently in print form, a difficult task complicated further by the fact that the combo of pencils and paper I use draw the pages is often changing. Anyhoo, volume 1 of the book used a slightly coarser, higher-contrast set of curves (a Photoshop adjustment tool) than we used in subsequent books, so I've occasionally gone back and switched out the page files with jpegs made from my original scans, which give a marginally richer range of gray tones.

Ah, but here's the can't-see-the-forest-for-the-trees punchline: I am, in effect, fixing tiny flaws in grayscale ranges while leaving gigantic, glaring, maddening flaws in the artwork entirely untouched! (Case in point, Emp's wonky torso in panel 1, a tragic example of the Mysteriously Intermittent Millennial Torso Glitch that plagued my work a decade ago.) Oh, well.