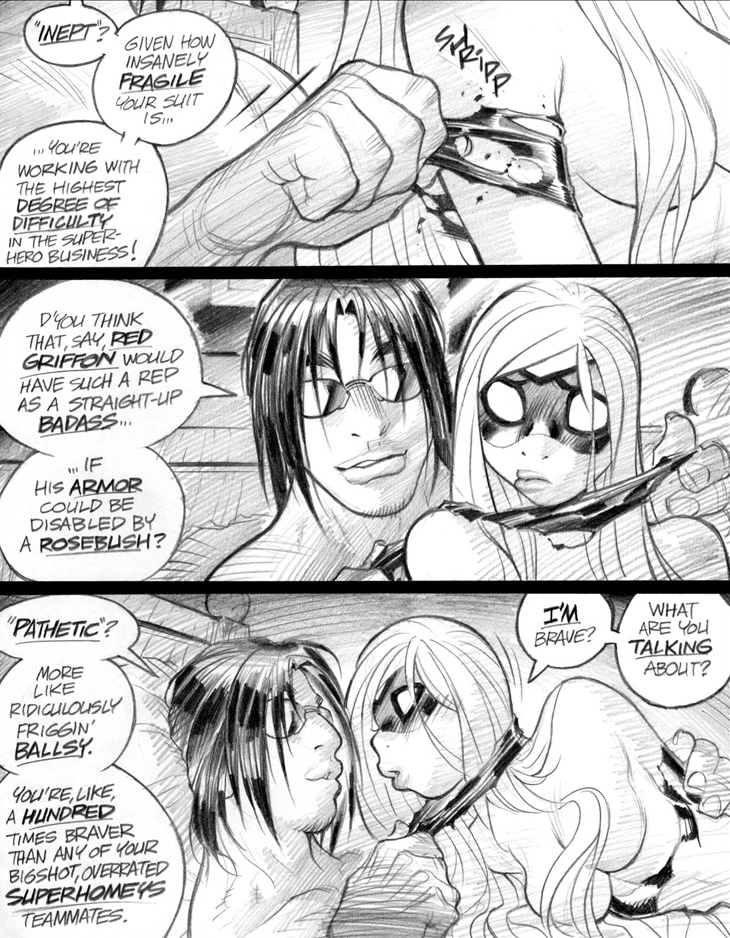 Panel 2’s reference to the power-armored superhero Red Griffon has, I’m afraid, taken a very long time to pay off. In fact, as of the early production of Empowered vol. 10, that reference still hasn’t paid off, even though I’ve long intended for him to make an appearance. I even worked up a few preliminary designs for his aforementioned armor a few years ago, but never quite managed to include him in a story. Welcome, alas, to a flaw inherent to the ever-expanding Empowered universe: Even with the considerable pagecount allowed by the series’ generous OGN (Original Graphic Novel) format, I still can’t address as many characters and elements of Emp’s world as I would ideally like.