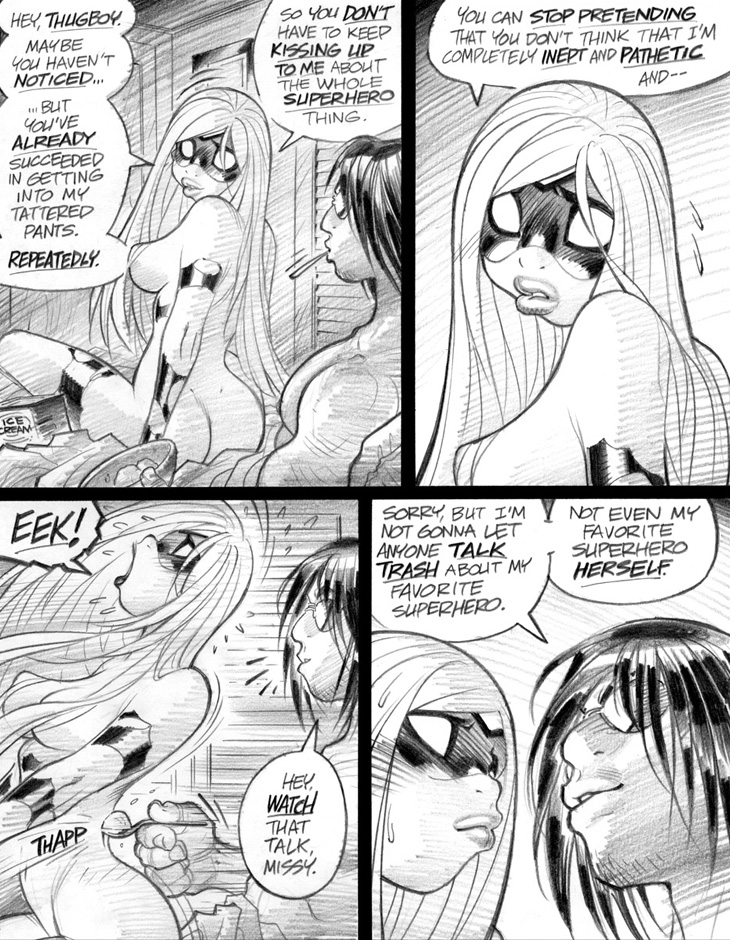 And lo, in panel 1, the nickname of Emp’s lover, “Thugboy,” is finally revealed. Even a thousand pages later, that’s the closest we ever get to learning what his real name might be. Withholding character names, you see, is yet another one of the idiosyncratic riffs that make Empowered so peculiarly entertaining for me to write and draw. In mainstream comics writing, Marvel and/or DC writers are frequently admonished to identify the characters in each and every issue of an ongoing series; with Empowered, I wanted to see just how far I could go in the opposite direction, by almost never explicitly and directly naming most of the book’s characters. I found that, gosh, you can go very far indeed in this direction, as a surprising number of key Empverse remain doggedly—and, to me, amusingly—nameless.

That being said, in the original version of this page, “Thugboy” wasn’t even the character’s “real” nickname—this was just a random endearment Emp happened to use for him. As the stories progressed, I retroactively decided that Thugboy should indeed be the lad’s official nickname, and went back and added it throughout the pages so far. Good thing Emp hadn’t embarrassingly pet-named him “Nummymuffin” or “Sweet Cheeks” or the like, don’t you think?