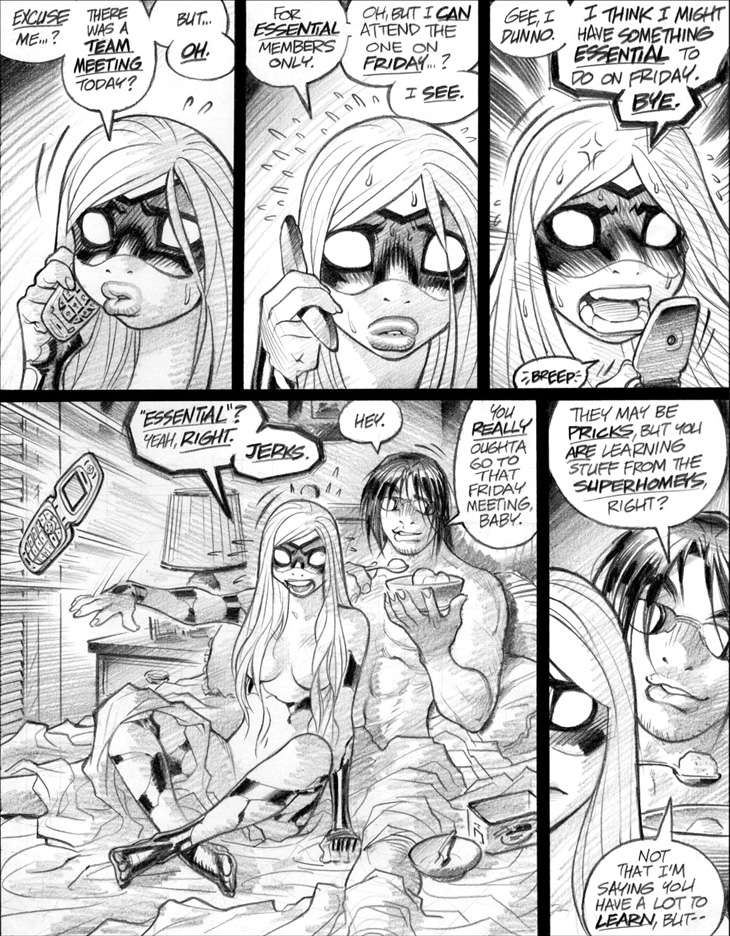 The “flip-phone” seen in panels 1-4 was, I suspect, a reasonable inclusion when I drew this page circa 2005, but in the years to come, I do rather dread the aging of vintage technological references like this. Not that flip-phones are nonexistent in The Year of Our Lord 2015—particularly as disposable “burners” or the like—but they’re far from an ideal element to be included in a book that’s still being reprinted a decade later—and, I hope, a decade or more later still. Oh, well.