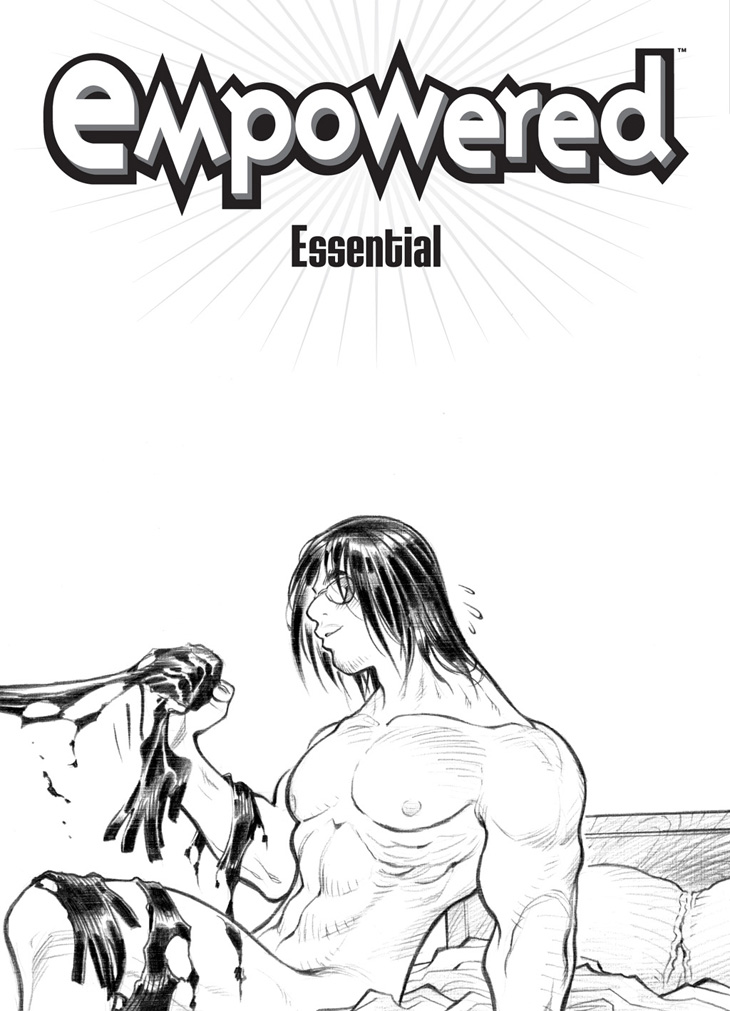 Note that, yeahp, this chapter’s title illustration does indeed “bleed over” with the title illustration from five pages back, which featured a shot of a naked Emp holding on to the other end of her tattered supersuit. Not sure why I never used this reasonably amusing layout for consecutive title pages ever again; might be because no subsequent Empowered volume ever featured this many (very) short stories, and the sheer number of vol.1’s chapter-break illos forced me to get a little more creative with their layouts.

I wound up using Thugboy, here, as a means to supply at least a little bit of equal-opportunity hawtness to the series, though Your Mileage May Certainly Vary as to how much male heat he actually delivers. I suspect that he’s depicted as waaaaay too bulky and brawny to appeal to readers who prefer their males considerably sleeker and skinnier. (That being said, my apologies for his tragic lack of external oblique definition, a muscle group which has always been one of my many, many weaknesses in anatomical depiction.)