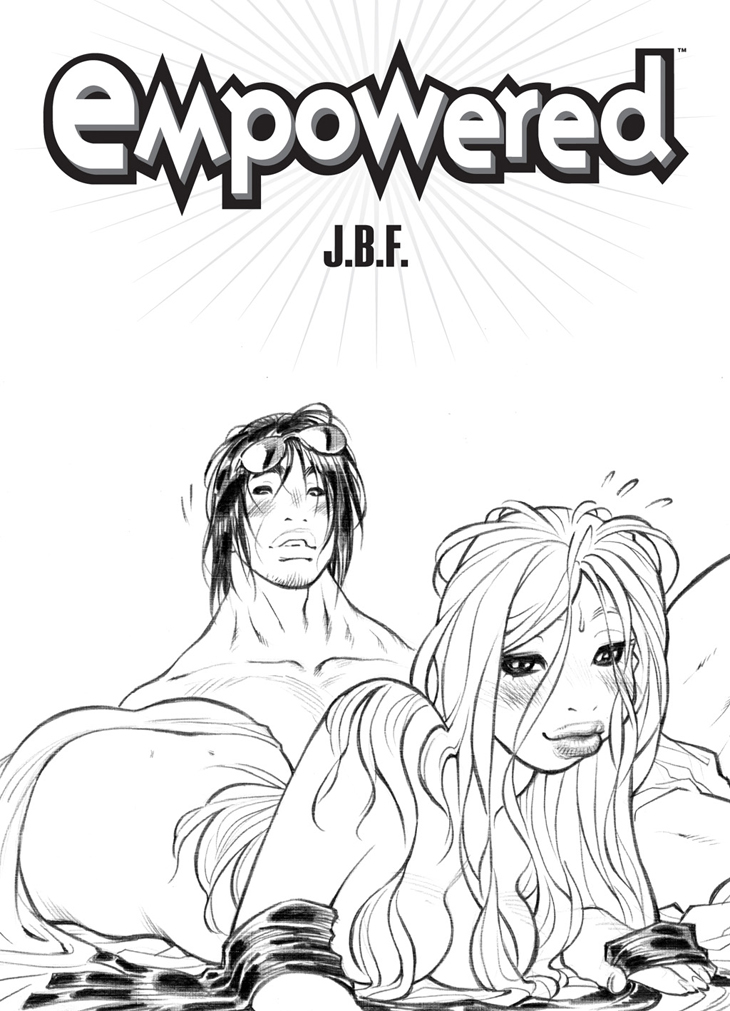 SPOILER ALERT #1: Brace yourselves for an entire story drive from the bold and daring concept that Emp’s hair gets disheveled during her presumably vigorous sexual interludes with her boyfriend. SPOILER ALERT #2: “J.B.F.” stands for, go figure, “Just Been F**ked,” as the popularity of this abbreviation may possibly have dwindled a tad in the decade since I wrote this story.

Gotta admit that this installment inadvertently raises a mildly problematic—if admittedly picayne—continuity issue, though. As I’ve mentioned, one of the series’ more obscure running jokes is how Emp’s hairstyle magically restores itself—between panels, apparently—during violently hair-tossing action scenes. By contrast, this story hinges on the idea that her hair seems to get mussed and stay mussed after sex scenes. Could this somehow be the work of her enigmatic supersuit, perhaps? Well, behold the punchline: After a few years, I kinda forgot about this joke entirely, and her hairstyle is rarely sees much post-coital disarray in later Empowered volumes. Oops!