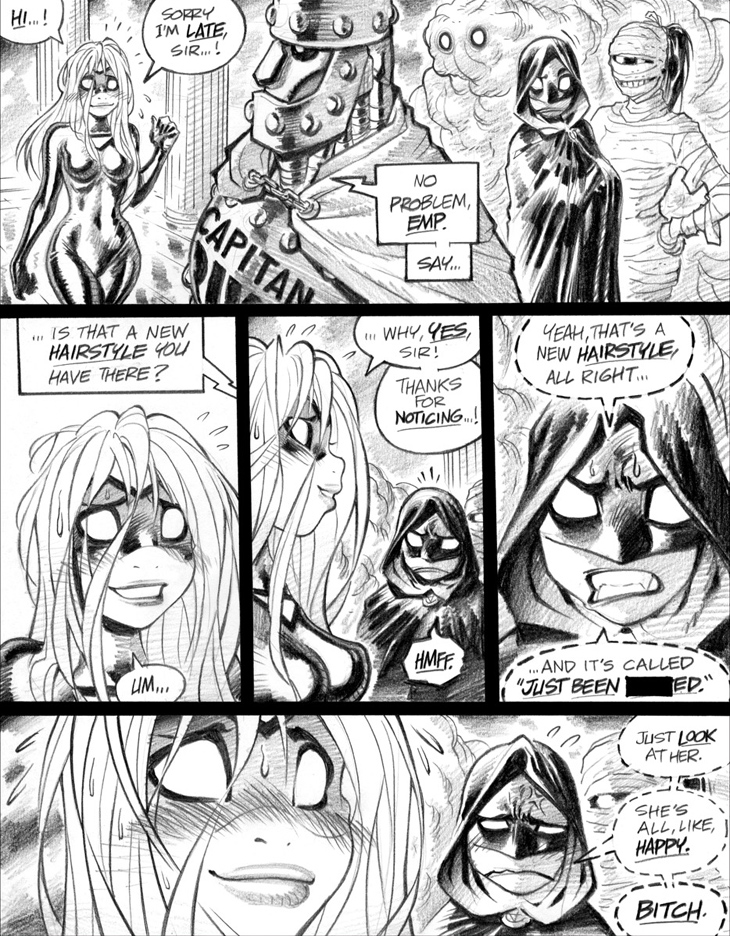 This page’s hilarious lack of background work cracks me up as, at this early point in the series, “a hint of pillars and sky” is about as close as I would get to detailing the interior of the Superhomeys’ headquarters. Back when I was writing and drawing so-called “real comics,” I would’ve spent much more time on establishing shots and background detail. So, when I cranked out the first carefree, devil-may-care round of Empowered stories, I took great pleasure in blithely casting aside all the boring and tedious gruntwork that had, for me, characterized all my previous “real comics” work. I thought, “To hell wit’ you, tiresome establishing shots! With this go-nowhere string of joke strips, I can just focus on writing and drawing fun characters, without obsessing over all that other boring crap!” (In time, the series’ development of ongoing plotlines and greater, well, “complexity” would require boring and tedious gruntwork aplenty, but that wouldn’t become an issue for many hundreds of pages later.)