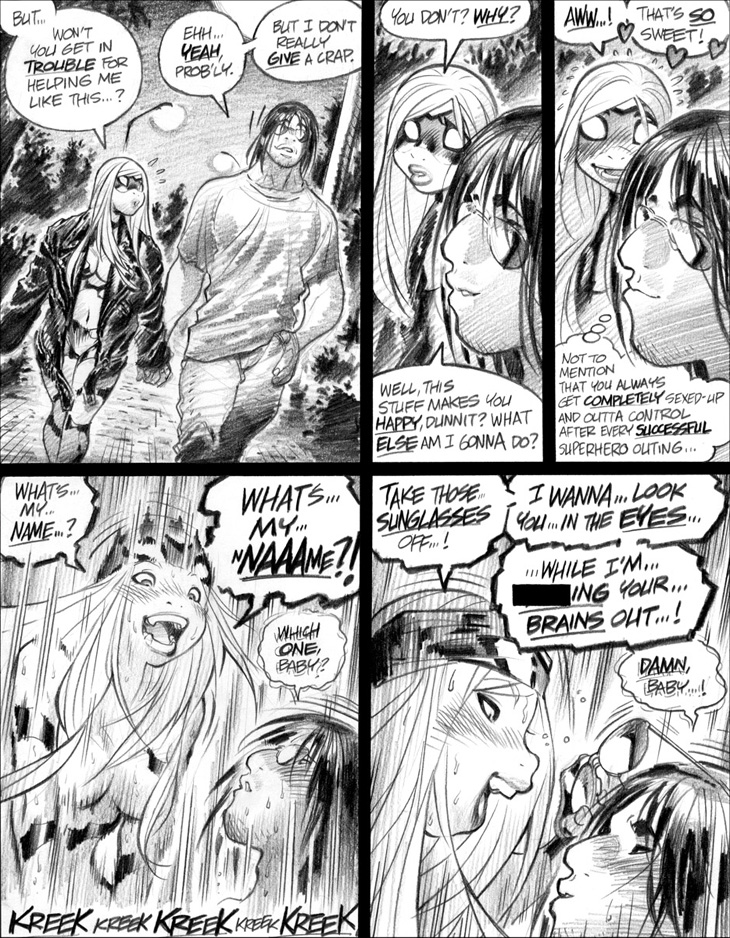 Panel 4 features what is, I think, the first appearance of an Empowered trope that soon sees a great deal more usage: Black "censored" bars over naughty words, a practice which amuses me to no end, though some readers are rather less entertained by it. Note that the essential pointlessness of the censoring—most of the time, the identity of the cussword in question is quite obvious—is part of its charm, as far as I'm concerned. (In later volumes, worried that readers might be unable to puzzle out over-censored profanity, I've taken to only partially blocking out certain words for greater clarity.)  Besides, uncensored cursing wouldn't add much—if any—value to the dialogue, as far as I'm concerned. Note also that the language-censoring is entirely my personal choice, not an edict from Dark Horse Comics, my publisher. See, I once had free rein on censor-bar-usage back when I scripted Gen13 for Wildstorm/DC, but Marvel frowned on the technique when I later wrote the miniseries Livewires and Iron Man: Hypervelocity for 'em. So, when I started up Empowered, I was quite eager to get right back into the black-bar business.