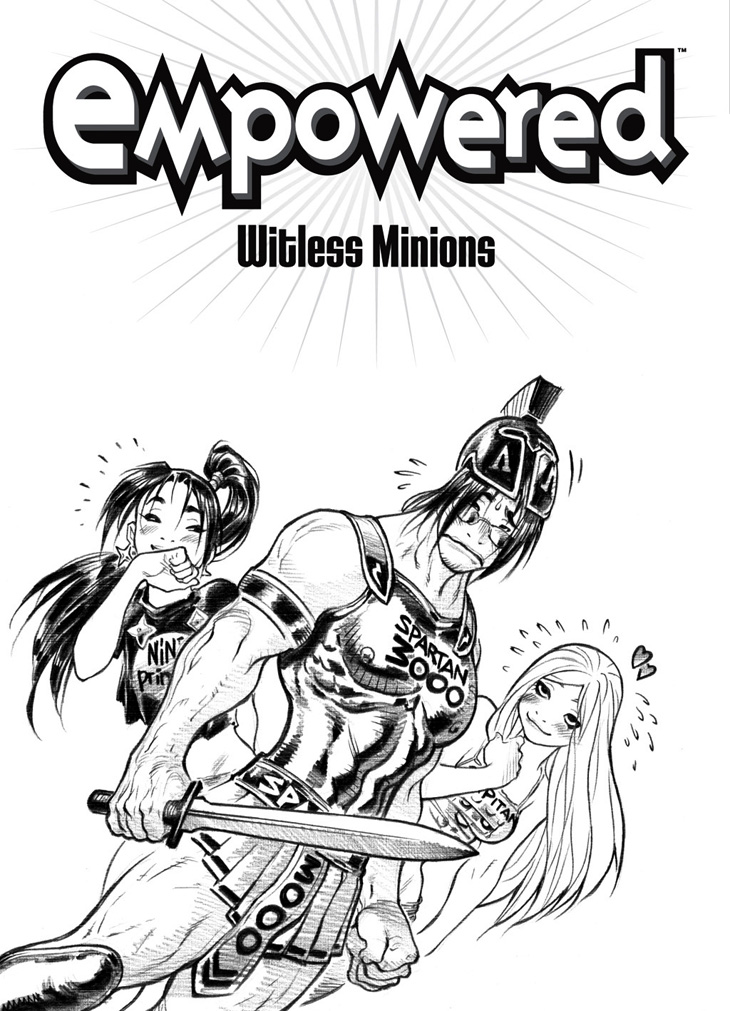 And lo, with this story, another one of Empowered's long-term plot threads makes its first appearance, as we begin to explore Thugboy's colorful past in earnest.  If I may wax immodest, this proves to be one more fine example of the series' organic, freewheeling, bottom-up approach to worldbuilding.  An idle thought about what Emp's boyfriend might have been up to before she met him inspired the germ of this story, which in turn I nursed into a deeper—and, eventually, more intense—plotline.  What can I say, folks?  One of my idiosyncrasies as a writer happens to be that, given enough time playing around with a set of characters, my mind inevitably wanders down supposedly "dark" paths. (I draw your attention to some of the grimmer events during my runs on Dirty Pair and Gen 13, both of which were notably light-hearted properties before I smeared my arguably misplaced "intensity" all over them.)

For the record, I insist that I don't deliberately send my stories careening headlong into sadness and misery—this just seems to be a tendency that develops naturally in my long-term work.  Interestingly enough, during the first few years of my career, I was weathering a fairly severe case of clinical depression, yet my writing on Dirty Pair during the time shows no sign whatsoever of my own misery.  I vividly recall scripting fun and flirtatious—and, I suppose, mildly kinky—banter between Kei and a mecha-bodied romantic partner at the very nadir of my mood disorder, which remained stubbornly unreflected in my work at the time.  If I recall correctly, I found the light-hearted and whimsical stories I was writing and drawing back then to be an utter relief and refuge from my own issues.  Ah, but in the years and decades that would follow, long after my early-20s episode of clinical depression had abated, it cast a long and melancholy shadow over the work I would later produce—and Empowered, you'll eventually see, is no exception to this trend.

Also, as this illustration hints, we will soon get to see a bit of Emp's kinkier side in the bedroom—though, don't worry, matters won't get too explicit.  (Or, alternatively, my insincere apologies for said lack of explicitness.)