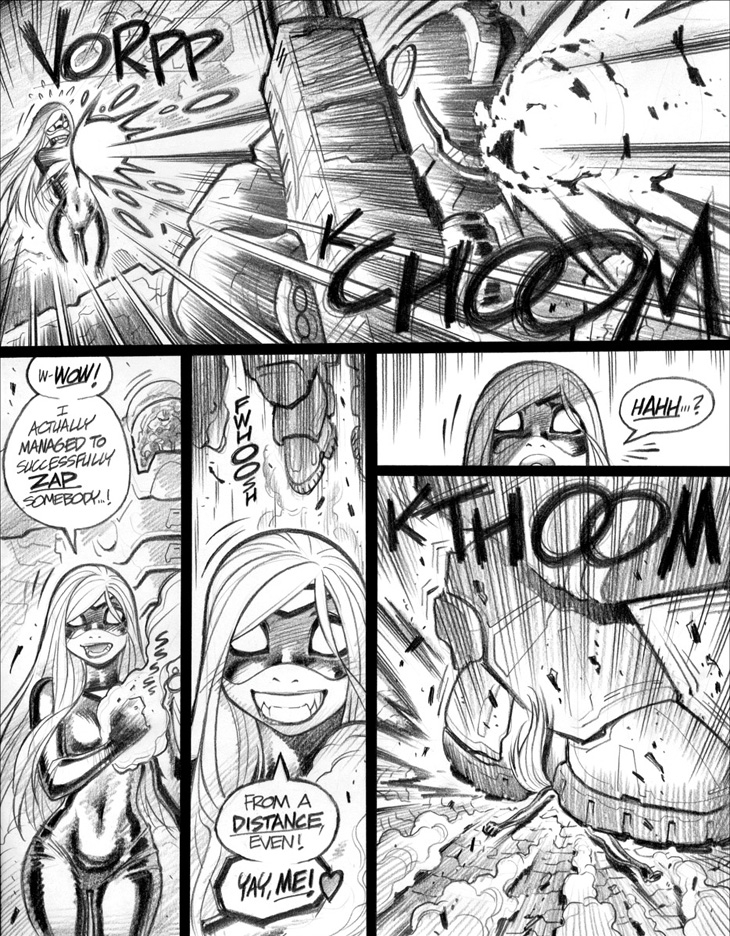 In panel 1, thrill to the very first appearance of the sound FX “VORPP,” which appears whenever our heroine’s enigmatic and unreliable supersuit deigns to let her release an energy blast. VORPP, I should clarify, dates back to my late-70s childhood, when I decided that was the sound made by a Star Wars lightsaber in action. Later on, if I recall correctly, I used this sound FX in the miniseries Dirty Pair: Fatal But Not Serious, as the noise made by the firing of a non-lethal weapon that, uh, remotely stimulated the pleasure center(s) of the target’s brain. Quite the progression, eh? From Luke’s lightsaber to orgasm gun to Emp’s supersuit blasts, VORPP is definitely a “jack of all trades” sound FX. In fact, I briefly considered naming this entire series VORPP!—note the capitalization and exclamation point!—before settling on the more sensible title Empowered. (I’d say we all dodged a bullet with that decision, wouldn’t you agree?)