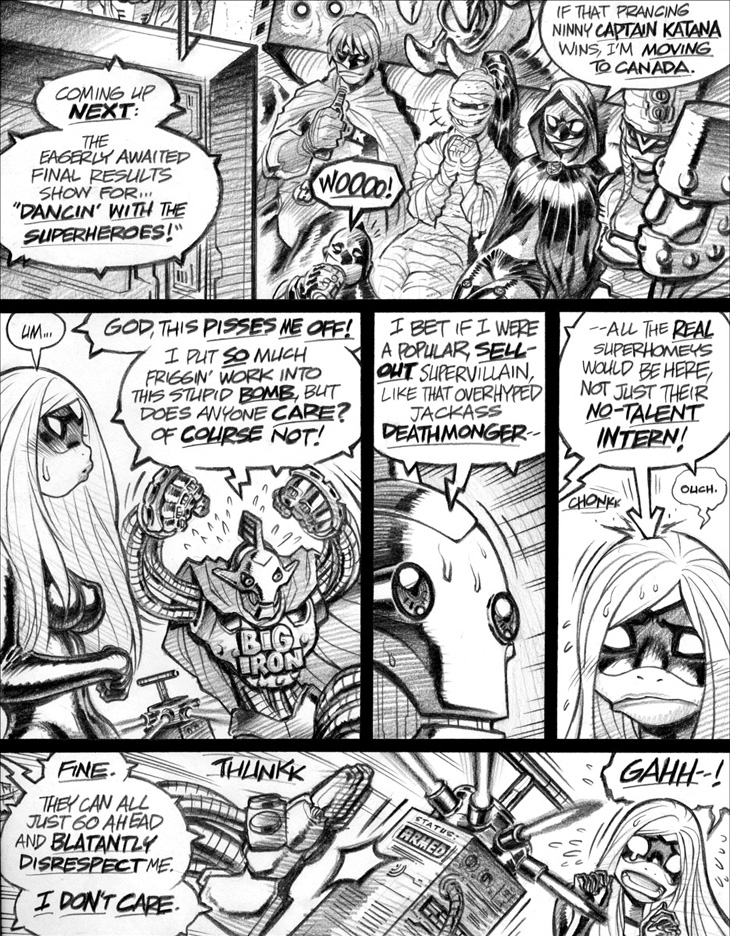 Note that panel 1’s reference to Captain Katana does indeed pay off later on down the road—though, alas, at the end of Empowered vol. 4, a mere 750 pages or so after this chapter. Could be worse, though: panel 3’s reference to “that overhyped jackass Deathmonger” takes another thousand pages to pay off! As I boasted a few weeks back, I’m all about the long game, folks.

Note also panel 4’s use of the old manga idiom of “painful statement jabs its target in her head with an figurative arrow from its word balloon,” a technique I rarely used after this page. Not quite sure why I stopped using this joke, which still amuses me. For all I know, perhaps I foolishly listened to someone who reprimanded me for using a manga riff that was old and tired and no longer fashionable. If so, well, screw that very much. This riff might be an oldie to some, but it’s still a goodie to me. Given that I’m presently cribbing techniques from American comic strips that are older than I am—hello, art tricks from gorgeous old work like Rip Kirby and The Heart of Juliet Jones!—the idea of using manga jokes that predate the moé era is no big deal.