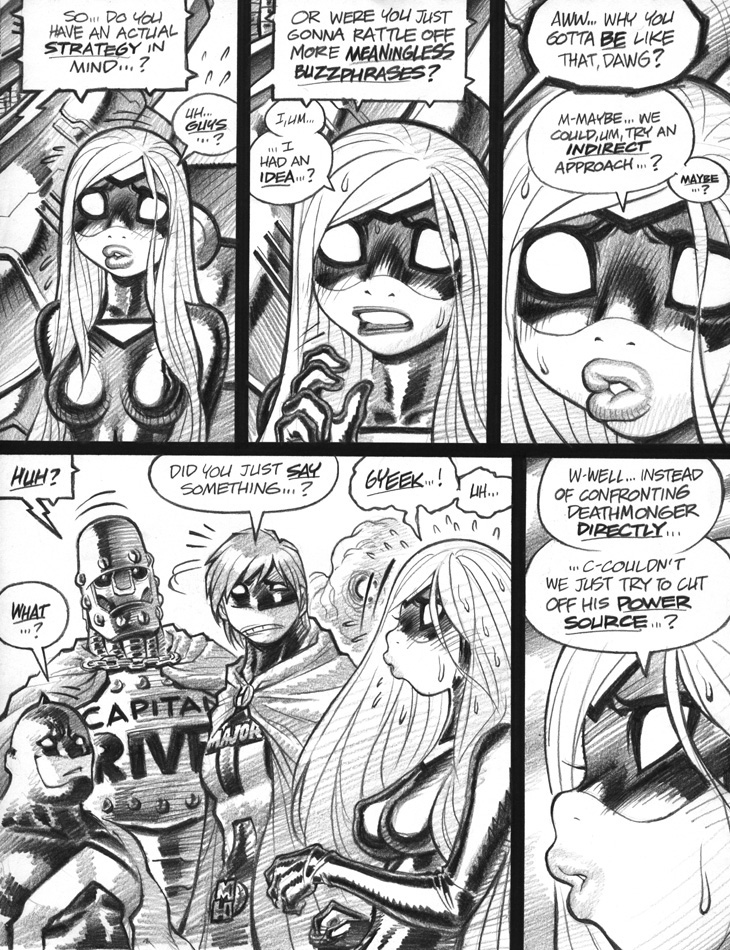 I drew this page roughly around 2005 or so, and I must admit that some—or even much—of the art has not necessarily aged gracefully during the ensuing decade. I’m not gonna go too crazy with critiquing my old artwork, lest these commentary notes degenerate into an endless slog of self-flagellation. Howeva, I will occasionally blither about art issues that might be of wider interest. In panel 1, for example, I rather badly botched Emp’s body proportions, drawing her head much too large for her body. This happened because I didn’t carefully rule out her proportions, instead opting to roughly “eyeball” her relative head and figure size—and, well, I clearly estimated incorrectly. Ah, but here’s the problem: If you’re gonna draw comics for a living, you have to draw them very, very quickly, and “eyeballing” proportions rather than ruling ‘em out is a necessary and time-saving approach. As a working comics artist, you rarely have the luxury of spending as much time as you might like working up your drawings; gotta crank those pages out, folks.