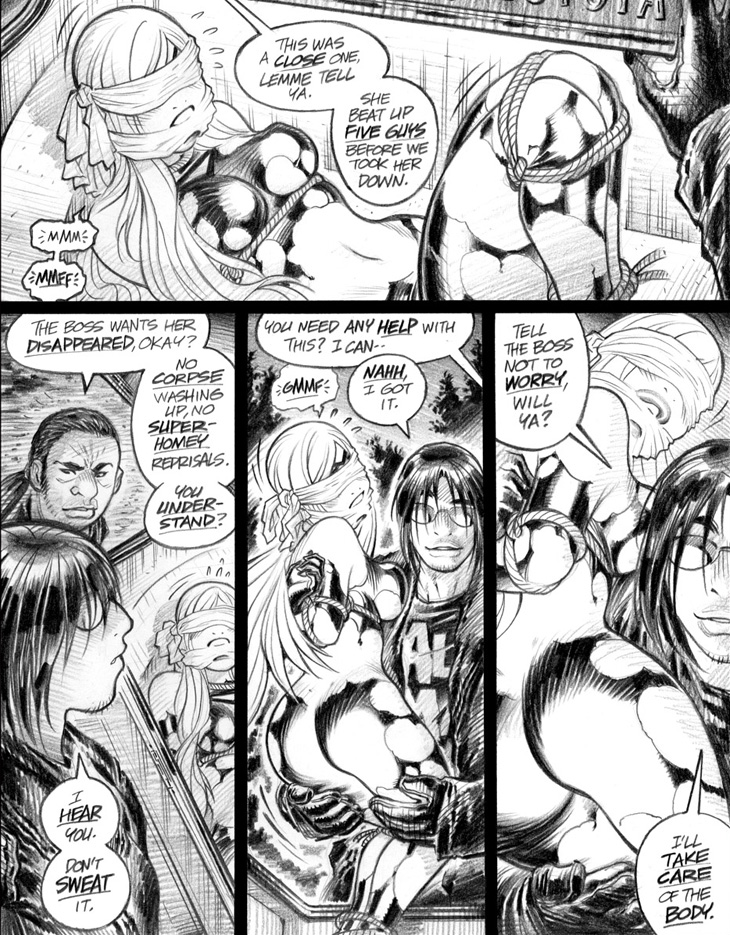 Oddly enough, I recall an online comment very specifically regarding panel 1’s image of a blindfolded and gagged Emp, in which a highly enthused “damsel-in-distress” fan chirped, “It’s so hot—she’s totally dehumanized!” C’mon, now, 2007-era commenter—you’re talking about the series’ heroine, okay? Show her a little bit of respect, I retroactively implore you!

Bit of a problem with the dialogue in panels 2-4, unfortunately. Later on in the series, I’ll establish that a set of informal but strongly enforced “Unwritten Rules” govern interactions between superheroes and bad guys—and casually murdering a helpless superheroine, as Thugboy’s buddy nonchalantly commands here, would almost certainly be a grievous violation of said rules. Best, I think, to just shrug, “Well, this was early on in Empowered, before I’d figured all the worldbuilding out,” and choose to ignore this little problem.