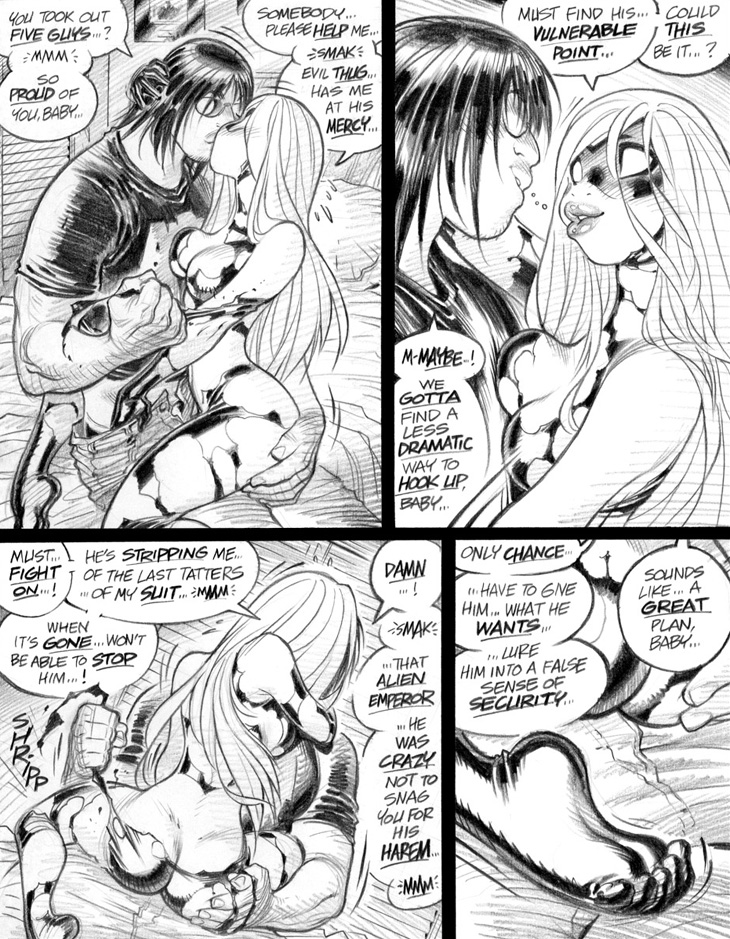 And lo, without warning, Empowered abruptly lurches into the territory of romantic comedy, one of many such tonal shifts that the series will make—though, it should be said, certain tonal shifts in the future will be far more startling than this fairly mild one. Still, abruptly kickstarting a relationship between Good Girl superheroine and Bad(dish) Boy Goon proved to be one of the best choices I’d make in these early stories—even though, as mentioned earlier, I do rather wish I’d spent more time setting up their hooking up.

Note the popping string of mingled saliva between our couple’s mouths in panel 2, a manga/ anime “kissing trope” that has always amused me to no end, while straight-up repulsing several friends of mine. (My apologies to said easily disgusted friends.)