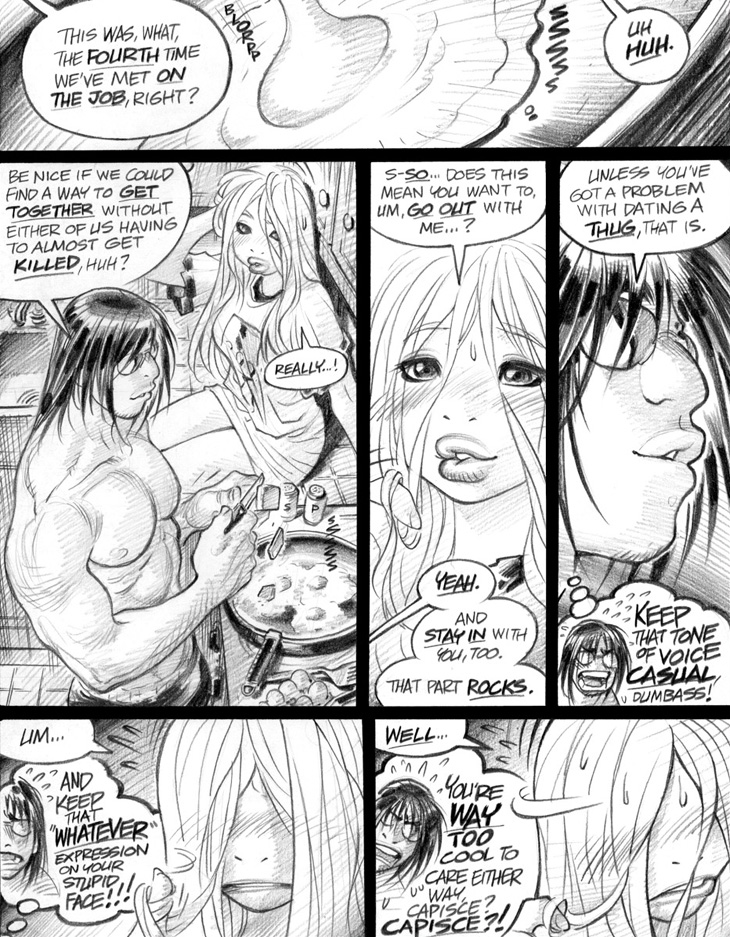 Interesting that this early Empowered page features the use of thought balloons, a storytelling device that’s appeared only sparingly throughout the series. Here, they’re delineating a stark difference between what a character is saying and what he or she is thinking, which I’ve always considered an especially handy use for the presently out-of-fashion thought balloon. For the record, I very likely borrowed this approach from the English-language translation of Rumiko Takahashi’s manga Maison Ikkoku, which got fantastic mileage  out of such balloons to hilariously convey the countless assumptions, inferences and expectations that remained unspoken during conversations between star-crossed—and, often, less than completely honest—protagonists Yusaku and Kyoko.