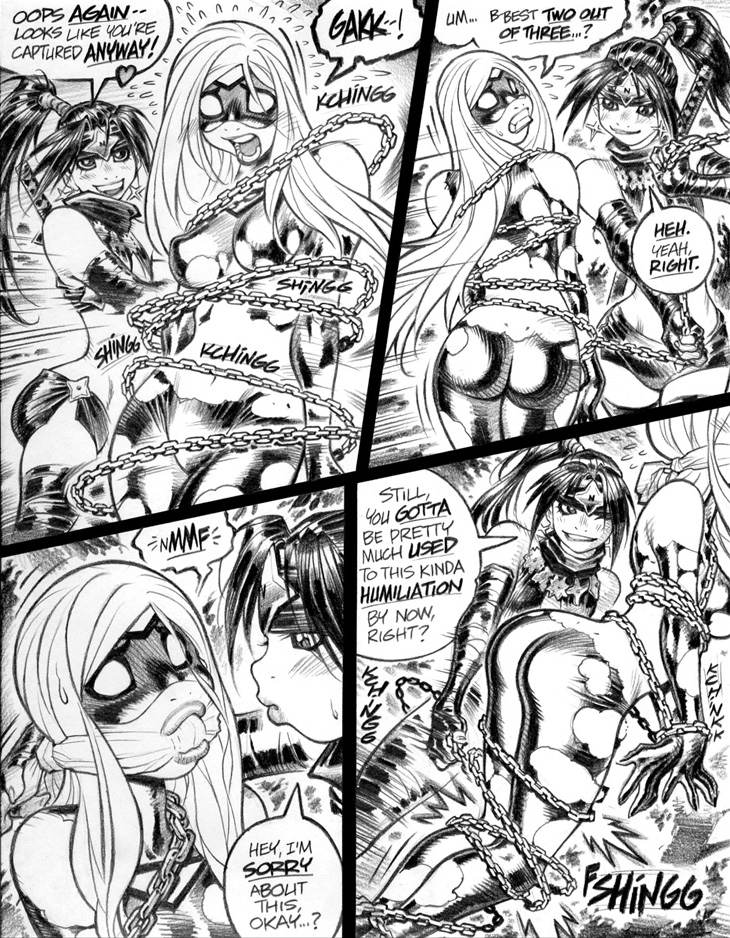 For the record, I should acknowledge that Ninjette’s trademark short-shorts were inspired, in part, by another project. (Gasp!)

During an unpublished Dirty Pair story drawn around this time, I depicted Kei and Yuri wearing the “silver hip-hugger shorts” version of their costume designed by the great artist Yoshikazu Yasuhiko. I’d previously drawn those outfits in the second Dirty Pair miniseries early in my career, but back in that 1989-ish era of high-rise cutoffs, I’d done a piss-poor job of depicting the Angels’ low-riding shorts. The second time around, in an latter-day era chockablock with low-rise fashions, I was better prepared to appreciate the majesty of the Yaz DP costume designs, and rendered their chrome hip-huggers with aplomb (if I do say so myself). A few months after drawing that never-to-be-seen DP story, I decided that my new ninja character would look good rocking similarly low-riding shorts—albeit accessorized with shuriken and boldly emblazoned with her nickname—and the rest was Empowered history!